Skip to Content
Home Lifestyle Miscellaneous The Colour Of My Skin

This is a topic that I think many girls from a South Asian background can relate to…the complexion of our skin and the obsession with being fair.

“O mankind, We have created you from a male and a female and have made you into nations and tribes for you to know one another.  Truly, the noblest of you with God is the most pious. Truly, God is All-Knowing, All-Aware.” (Quran, 49:13)

In the South Asian (Bangladesh, India & Pakistan) culture, being fair/white is apparently beautiful. Your beauty is rated on a scale of how fair or dark you are. This issue has caused major problems, from breaking up relationships to destroying the self esteem of many young girls with darker complexion.

Below I will share with you true and personal stories of myself and people I know, to hopefully give you an insight into how disgusting and destructive this mind set is and why we MUST do something to change this. 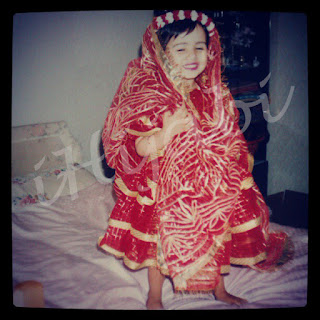 When I was very young I was quite fair in complexion, as I got older the colour of my skin got darker, I am darker than my siblings. From the age of about 7, family members kept asking me why I had gotten dark and reminding me about how ‘pretty’ I was when I was lighter as a child. A certain ‘grandma’ would say ‘why have you gotten so dark’ e-v-e-r-y-t-i-m-e she saw me, ironic thing was that she was really dark herself. She made it a point to tell my fairer cousins and sisters how beautiful they were, but myself and my other ‘darker’ cousin were pretty much invisible. To me, all my cousins and sisters are beautiful.
____________

A girl I know who is much darker than her other sisters still has to deal with this issue. As a child it really affected her, much more than it affected me I’d say. People would tell her to use special creams to make herself whiter or not go in the sun so much and to scrub her skin properly. When her little brother was born she was overheard telling him ‘why didn’t Allah make you whiter like the other two sisters? Why did He make you dark like me?’ For a child to be making comments like that really shows how serious this problem really is.

To this day she still struggles, with people commenting (usually family), worrying men coming with proposals wont want to marry her because she is too dark.
______________ 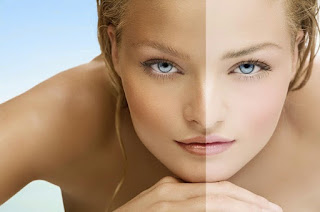 Another girl was told by her own father that it would be very difficult for him to find her a husband because she was dark and short, regardless of the fact that she had high imaan, a loving, patient and bubbly personality, because ultimately no parents want their son to marry a dark skinned girl.

A lot of girls have issues with mother in laws, after marriage it was no different for her, however, her skin colour was brought into the equation and Bengali insults about how ‘black’ one is can be exceptionally hurtful to say the least. 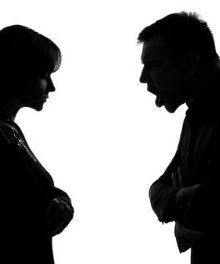 I know of a man who is tall and fair in complexion, he married a woman for what feels like completely the wrong reasons, of course what is in the hearts of the two people when they got married and what their intentions were are between them and Allah, but this is what I know from having known these people.

The lady was in my opinion very beautiful, only ‘problem’ is she was dark in complexion. When the man’s family went to see her with the proposal for marriage they flagged up that she was ‘dark’ and that they were not too keen, but after their son’s insisting and after they met the lady’s family they agreed to go ahead with the wedding.

They had a big lavish wedding in Bangladesh, no expenses spared, we watched their wedding video from the UK. Quickly we heard rumours that the groom wasn’t all too pleased with his wife’s skin colour, in a joke he made to a wedding guest he said ‘have you seen the bride? She’s a bit dark isn’t she?’ This flagged up that things were already going downhill, on a day that should have been the best day of his life, a day where he was totally head over heels, madly in love with the woman he was to spend the rest of his life with, he was talking about her skin colour, as were the other guests.

The couple came to the UK as the bride was a British citizen. All the close family that met the bride agreed she had a lovely personality, she was kind, quiet, polite & courteous. This however, did not stop the elder’s and other family members and family friends commenting on how good looking the husband was and how ‘ugly and dark’ the wife was. Comments about how they didn’t suit and ‘where did they find this woman?’ kept flying around from outsiders. These comments and the husbands backwards mentality made the lady feel very upset, but she kept it to herself.

As the husband got settled in the UK, his big head got even bigger and in front of me he made ‘joking’ comments about how good looking he was and how ‘dark’ she was. They had their first child who took after his fathers complexion, the mother had to endure comments like ‘oh he’s such a good looking child, good thing he took after his father’, ‘he looks soo much like his father’, the man himself made jokes in front of his wife about how his son looked like him but nothing like her.

After a year or two, the comments kept building up, the lady became more and more depressed, the couple’s problems went from bad to worse. To cut a long story short the couple went through a very messy divorce and the lady finally left. I will never forget one thing the lady said to me ‘Never marry a man better looking than you’, to this day it breaks my heart when I think back to that conversation. How bad must she have been feeling to make such a comment, she will now teach her daughter the same thing and it makes me so angry that these backwards minded ignorant and arrogant people made her feel so low.
_____________

All of the stories I mentioned above are true and just a few occasions and are actually just snippets of what girls with darker skin have to go through, I’m pretty sure there are plenty more out there and some that are much worse.

As a child these comments made me feel so insecure and I felt like there really was something wrong with me, I wondered if I should wear a lighter colour foundation or use ‘fair and lovely’ creams like people suggested, I looked at myself in certain pictures and thought I looked ugly. Now aged 24 and with a husband who loves me unconditionally, tells me I am beautiful and he loves me the way I am, it doesn’t bother me as much. But I do still have days where I feel a bit insecure, as do all of the women I have talked about.

It took me a long time to get out of that way of thinking and start appreciating the way Allah has made me. But I hate knowing the fact other girls are still going through these problems. I’d hate to have a daughter who has to go through the same issues we did, the difference is if certain people made comments about my child’s skin colour I would put them in their place rather than try to change my child and make them ‘whiter’ like my own mother did by telling me to stay out of the sun and use fair and lovely or a lighter shade of foundation.

Why in this day and age do we still have this problem in our community? White people are tanning to become darker and dark people are using whitening creams and lighter foundations to become lighter, why can’t we be happy with the colour of our skin?

The only way to change people’s way of thinking is bring our own selves out of this deep rooted racism and teach our own children to be happy with the way Allah created them. We need to empower our daughters and teach our sons the true meaning of beauty. And yes, every now and then we need to speak out against people who make derogatory or racist remarks in our own families and communities.

If we don’t revert back to the teachings of Islam in our lives, these issues will continue to cause divide, ruin marriages and totally crush the minds of young women.

I leave you with a well known saying from our beloved prophet peace be upon him, from his last sermon.

May Allah forgive our shortcomings and change the backwardness of the elders and close minded people in our communities.

Feel free to comment below with your own thoughts and experiences on this issue.